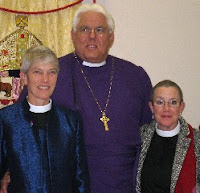 A recent feature in the Boston Globe covered the economic effects of religion. It's a worthy review. I bring it up to draw attention to the work of Barro and McCleary. As described by the Globe:

The two collected data from 59 countries where a majority of the population followed one of the four major religions, Christianity, Islam, Hinduism, or Buddhism. They ran this data - which covered slices of years from 1981 to 2000, measuring things like levels of belief in God, afterlife beliefs, and worship attendance - through statistical models. Their results show a strong correlation between economic growth and certain shifts in beliefs, though only in developing countries. Most strikingly, if belief in hell jumps up sharply while actual church attendance stays flat, it correlates with economic growth. Belief in heaven also has a similar effect, though less pronounced. Mere belief in God has no effect one way or the other. Meanwhile, if church attendance actually rises, it slows growth in developing economies.

McCleary says this makes sense from a strictly economic standpoint - as economies develop and people can earn more money, their time becomes more valuable. For economic growth, she says, “What you want is to have people have their children grow up in a faith, but then they should become productive members of society. They shouldn’t be spending all their time in religious services.”

I wonder if McCleary is aware that these policy recommendations are being taken seriously. From Ghana comes this news

The President of the Volta Region House of Chiefs and Paramount Chief of Asogli traditional area, Togbe Afede XIV has stressed the need for the church to educate its members on the need to work hard and blend their Christian and spiritual growth with work, and avoid spending productive hours on church activities.

He observed that some Christians were spending more of their productive hours at prayer camps and on church activities, than getting involved in socio economic activities, thereby worsening the existing poverty situation in the country.

Togbe Afede, who was addressing the 150th anniversary celebration of the Ho-Kpodzi Evangelical Presbyterian (EP) Church, said "it seems Africans are now worshiping God more than those who introduced the Christian religion to us", saying even though that was the current picture, most Christians in Ghana and Africa were suffering from high level of poverty.

Posted by John B. Chilton at Wednesday, December 02, 2009 No comments: