Rove must be involved. Somehow.
Posted by John B. Chilton at Wednesday, November 30, 2005 No comments:

Mahalanobis and I have more than a few things in common.
Posted by John B. Chilton at Wednesday, November 30, 2005 No comments:

More here including the possibility of punishment by hormone injection.
Posted by John B. Chilton at Monday, November 28, 2005 2 comments:

Lowell Christensen has started a blog. Judging by the first post it looks very promising.

Science vs. religion—we need to settle this once and for all. The debate has been raging since the day Charles Darwin finished his famous book . . . actually it began thousands of years earlier after Moses finished his famous book, which proclaims, “In the beginning God created the heaven and the earth.” Men of renown soon began to question the short, poetic account of creation, an exercise usually more popular than reading the rest of the Septuagint.

Catholic priests perplexed. Assumed theirs was the best fit for the ashen pop star.
Posted by John B. Chilton at Sunday, November 27, 2005 No comments:

Dubai:
There are unconfirmed reports that an earth tremor has hit the northern emirates.
These reports claim that the tremor was centred on a triangular area between Ras Al Khaimah, Al Ain and Dubai.
Some tall buildings and skyscrapers around Shaikh Zayed Road and Dubai Media City were evacuated.
UAE authorities are now attempting to ascertain from international sources whether there was any seismic activity in the region.
More follows..."
Posted by John B. Chilton at Sunday, November 27, 2005 No comments:

Krauthammer at his best. Simple, but not too simple:

I feel obliged to point out what would otherwise be superfluous: that the two greatest scientists in the history of our species were Isaac Newton and Albert Einstein, and they were both religious.

Newton's religion was traditional. He was a staunch believer in Christianity and a member of the Church of England. Einstein's was a more diffuse belief in a deity who set the rules for everything that occurs in the universe.

Neither saw science as an enemy of religion. On the contrary. "He believed he was doing God's work," James Gleick wrote in his recent biography of Newton. Einstein saw his entire vocation -- understanding the workings of the universe -- as an attempt to understand the mind of God.
. . .
Intelligent design may be interesting as theology, but as science it is a fraud. It is a self-enclosed, tautological "theory" whose only holding is that when there are gaps in some area of scientific knowledge -- in this case, evolution -- they are to be filled by God. It is a "theory" that admits that evolution and natural selection explain such things as the development of drug resistance in bacteria and other such evolutionary changes within species but also says that every once in a while God steps into this world of constant and accumulating change and says, "I think I'll make me a lemur today." A "theory" that violates the most basic requirement of anything pretending to be science -- that it be empirically disprovable.
. . .
The [Kansas] school board thinks it is indicting evolution by branding it an "unguided process" with no "discernible direction or goal." This is as ridiculous as indicting Newtonian mechanics for positing an "unguided process" by which Earth is pulled around the sun every year without discernible purpose.

Instapundit provided the link, and this one to the Vatican's view of ID.
Posted by John B. Chilton at Sunday, November 20, 2005 No comments:

Because the church had no formal status, Lee said, their departure is the equivalent of a group of individuals choosing another religious path. By church rules, Ashey, however, could not transfer to the Ugandan church without Lee's approval. Lee said the priest may face disciplinary action, which could include being defrocked as an American Episcopal priest.

"I'm really not eager to go after Mr. Ashey in some kind of hostile way," he said. "But church law does not permit you to walk away from the ministry without some consequences."
. . .
Jim Naughton, director of communications for the Diocese of Washington, suggested that the move was an attempt to keep the dissent of a minority group in the news. 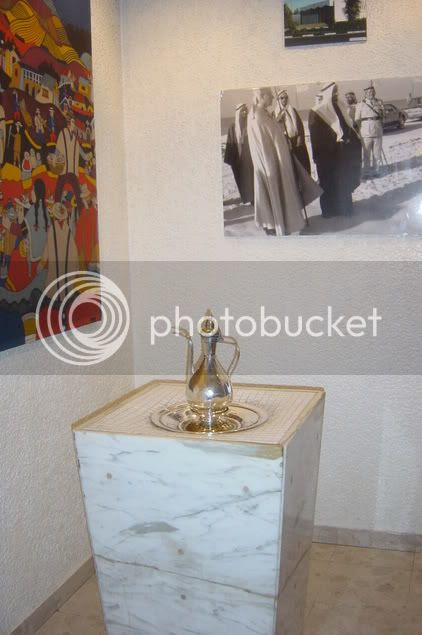 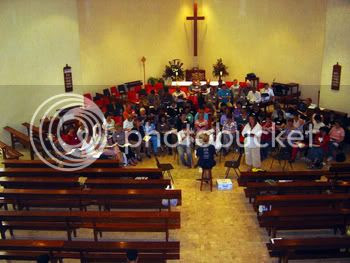 The Church of England’s most senior cleric is facing an “unprecedented” attack on his authority after senior clergy condemned his more liberal stance on gay priests, the Guardian said on Thursday.

The newspaper said 17 of Anglicanism’s 38 primates had signed a “highly personal” letter to the Archbishop of Canterbury, Rowan Williams, urging him to take action against “unrepented sexual immorality” in the Church.

South Riding Church Press Release, 14Nov05: "South Riding Church, established in 2000 as a new church plant in Fairfax, Virginia, has ended its affiliation with the Episcopal Church USA (ECUSA) and the Diocese of Virginia. The church is now under the jurisdictional authority of Bishop Kisembo in the Diocese of Ruwenzori, Anglican Province of Uganda."

South Riding Missioner Resigns, Congregation Leaves Episcopal Church - News Release from the Communications Office of the Diocese of Virginia: "Since beginning as a church plant in 2000, over $350,000 in direct financial support has been given to South Riding Church by the Diocese of Virginia. In 2001, the Diocese purchased 8.4 acres on Poland Rd. in South Riding at a cost of $680,000 for the intended benefit of South Riding. That property is titled in the name of the Bishop of Virginia. Mr. Ashey was the third missioner assigned to the plant in 5 years."
Posted by John B. Chilton at Friday, November 18, 2005 No comments:

Living it up :: The Stranger

"'Harvard only accepted 50 kids from Tulane,' Peter said. 'So they wouldn't have taken us. Besides it was like, why would I go to Harvard, take Harvard classes, work all hard, and then graduate from Tulane?'"
Posted by John B. Chilton at Thursday, November 10, 2005 No comments:

The shock was not due to the call itself, but rather to the identity of the caller. Abdel Nour Brado, Secretary of the Islamic Commission of Spain, a body created by the Spanish government in 1991 to be the representative of the country’s Muslim minority, made the controversial call.

Brado, on the other hand, defended his call to open a debate around the issue among the Muslim minority in Spain, claiming that the call was a direct result to the Spanish law allowing same-sex marriages in the European country.

He also denied he was calling for same-sex marriages among Muslims. “What I’m aiming for is to open dialogue on the issue.”

“My stance on same-sex marriages is a personal viewpoint and has nothing to do with the Islamic Commission of Spain, whose Secretary General Mansur Escudero is against same-sex marriages,” Brado told IOL.
. . .
The Spanish law allowing same-sex marriages was adopted after the Socialist government under Jose Luis Rodriguez Zapatero, who held the helm of power in March 2004. The controversial law drew fierce opposition and rebuke from the Spanish rightist opposition parties as well as the Spanish people, according to IOL Correspondent. The law was also condemned by the Spanish writers and journalists as running counter to the human nature. It also caused deterioration in relations between the ruling Socialist Party and the Catholic Church.

According to IOL Correspondent, Brado's call for allowing the same-sex marriage among the Spanish Muslims was part of efforts of the western governments to support what it names "liberal drives among the European Muslims, or what the mass media term as “European Islam”.

Spain has a Muslim community of about 600,000 people out of a total population of 40 million. Some 94 percent of its population are Christian Catholics. The country has recognized Islam through the law of religious freedom, issued in July 1967.